Dambisa Moyo is on a TV book promotion circuit appearing largely to audiences in the UK and the US, who are also Africa's most charitable benefactors and in some part Africa's most unscrupulous lenders.
Her appearances on TV, as her book attempt to call attention to the failure of some aid programs in parts of Africa, to lift the standard of living for most Africans.


While I agree that some aid programs have failed to meet their intended goals, I fear the narrative Dambisa's appearances and book has generated have now turned out to be a PR disaster for Africa and more specifically Zambia's charity program needs.

It may not be what Dambisa set out to do, but in this case the message and the messenger are gravely tainted. Dambisa has worked for the World Bank and Goldman Sachs in the past, if she views the two entities' activities in Africa as charitable or aid, she may have taken to much boardroom cappuccino and whisk. Most of the 1 trillion Dollars she keeps bringing up was made out in interest loans to newly independent countries beginning in the 1960's.
It is important to remember the prevailing circumstances in much of Africa in the 50's.
The high rates of illiteracy, absence of health care facilities, clean water, decent housing, roads and food insecurity etc. The status quo in Africa may seem out whack for Dambisa after her Wall street boardroom experience, but surely all the money spent in Africa was not in vain.
As a former Munali secondary school graduate, that spent a considerable amount of time learning in classrooms which we popularly called "World bank" because they were built with funds from a World Bank loan to the Zambian government, I take her generalization of mass aid failure with a pinch of salt.
It may be a case of seeing the glass half empty or in her case what she is selling(snake oil). I wonder if she had worked with USAID or World vision instead of the World Bank and Goldman Sachs, would she still have had the some perspective?. There are certainly, always better ways of spending money especially when looking at things in hindsight but "dead aid".

In Lusaka, Zambia for example Irish aid and Jica ( Japenese aid) programs to improve access to clean water in peri urban areas, have had more success than the impact of German loans to the Lusaka water sewage company to do the same. It important for Dambisa especially in her TV appearances to make a qualified distinction between aid funds and loans.  She then needs to explain the difference in impact aid vs loans have had on Africa's social development.
Contributions to aid organizations like the Red cross, one world etc have already being negatively affected by the global financial crisis, Dambisa 's narrative of "dead aid" will do more harm to operations of aid organizations in Africa, especially now, when many need the most help.

Dambisa's book has put Africa's western benefactors in a difficult position, should they withhold aid until the last corrupt African government has  developed a better structure for managing programs effectively or continue the much needed aid with the knowledge that, as Dambisa puts it, that it will be "dead aid". It is like the case of "two mothers and one baby" brought before king Solomon in the bible, only Dambisa in her quest to sell her book, may have chosen to have the baby die rather than risk ending up in the wrong hands.
Posted by Unknown at 3:44 PM

I cant agree more with you. I am even questioning her motives now. I think she is pushing her pitch too far. I would not go as far as to discredit the works bieng done by all these charitable organisation as nothing but part of what she calls dead aid. She started her university at the university of Zambia whose structures was built entirely on aid from Israel, I mean where is she getting her facts from?
She keeps talking about South africa as a success story of one of the nations which has taken other initiatives, but what she fails to mention is that South Africa is struggling to keep up with the payments.
And her prescription is drop the aid but give them microfinance loans, does this make sense? We just had some of our debt cancelled and here is a person who wants us to put as back into more debt. But then what do you expect from boadroom junkies like herself, she has no clue of what is going on in the world beyond the boardroom table

i think Dambisa is being attacked unfairly, people choose not to dissect her book well. I think she has driven her point quite clearly,contrary to view points expressed by by the menfolk, i think she is not so cheap as to oppose microfinance wholesomely, i think the message she is relaying is the failed governance system in africa, its poor monitoring systems of developmental aid & finance of which the privileged in positions have access to these funds and who use them to their own accord at the expense of the people it is meant to benefit. The message is as clear as that.Until the donor aid countries realise that,of which i am sure they have, corruption, electioneering at the expense of development, rigging of elections will be the norm. And this is why the view that donor countries have vested interests of their own by allowing these perpetrations for their own benefit,to keep us africans in abject poverty, so that we dont have a voice. Please is this so hard to understand?

I recently came across your blog and have been reading along. I thought I would leave my first comment. I don't know what to say except that I have enjoyed reading. Nice blog. I will keep visiting this blog very often.

as an african i expect more from you than just merely reading and enjoying the comments let us have ur thots and contributions, this is a serious debate which affects your resources and my resources and if in any way Dambisas view may change, then the debate surely has been effective, so lets not be too simplistic and watch the world pass by.

Estelle
Her point about corruption and poor monitoring systems have been noted, the question you and her should be asking is - what does it take to root out corruption and monitor resource/funds utilization?
It takes an educated citizenry i.e statisticians, accountants, economists, planners etc. In most of Africa we not even have enough doctors to save women from childbirth complications.
is that in of itself telling, we do not have the human resource to govern and monitor nations.
Dambisa after been educated at public cost at the University of Zambia now chooses to live in London - where her expertise is not needed yet she found the time to write a book with a single prescription to all of Africa's problems.
I would have more respect for her , if she went back to Zambia and put some of her medicine to work there. 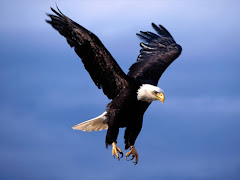 Zambian Associations in the US